You are here: Home » Owl Lanterns

I’ve just recently started purchasing some of the kits at Dreaming Tree.  They have some pretty kewl designs and everything, pretty much, has an assembly youtube video.  Check them out when you get time! 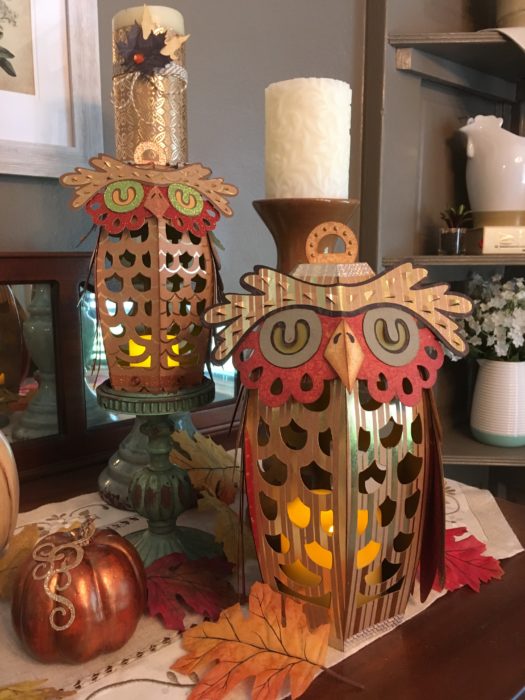 These are SVG files but I was able to import them into Cricut Design Space easily and they cut perfectly.  I’ve used random cardstock as well as Cricut Glitter Cardstock and Cricut Foil Embossed Cardstock on each, making two different size Owls. 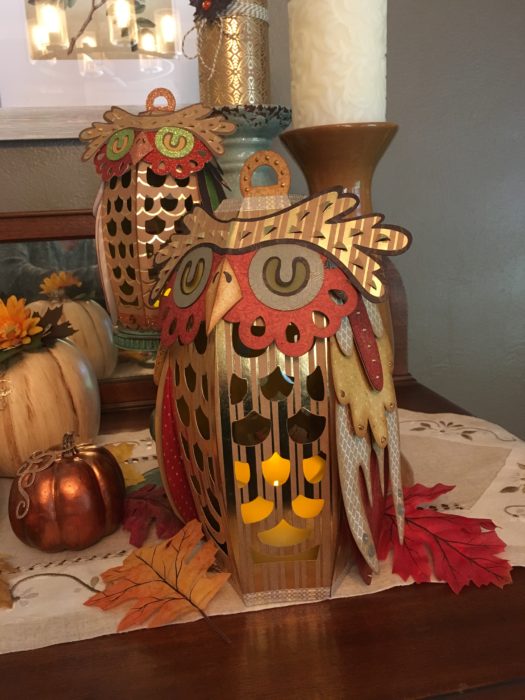 The taller one is 11″ high while the smaller is 8″ high.  As you can see above, the bottom is open so that the lantern simply sits over top of an electric candle or tea light.

And here’s a look at the smaller Owl with the glitter cardstock.  The only thing about this glitter cardstock is that it was one-sided with a white backing.  It would have looked nicer to have double sided cardstock I think. 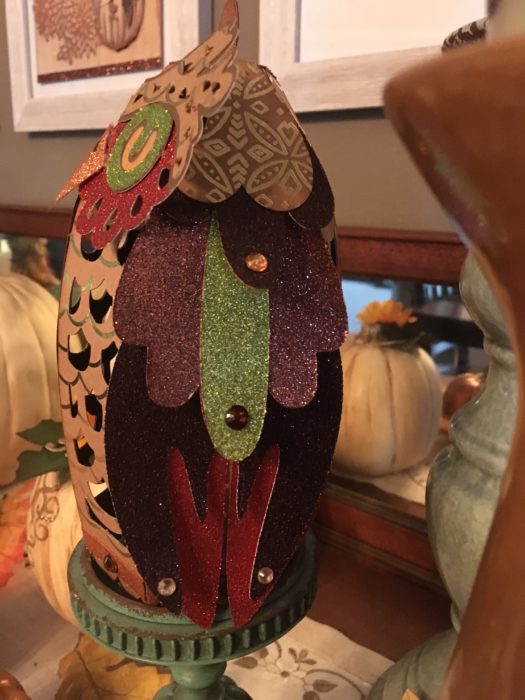 Again …. it was not hard to make at all!  The longest part is glueing the base form.

Watch for my next post about making the Autumn Lantern from Dreaming Tree.